NYC is saturated with amazing Pilates studios. From the hidden gem boutiques to the big name chains, at any given moment, one can roll like a baller.

This ocean of Springs and Mats is one of the perks of living in this city but can also be a bit overwhelming. How do I decide who’s going to force me to do a wildly dreaded Kneeling Side-Leg series or Snake my way into a sweaty frenzy?

Well… with the almost limitless options come the critics to help sort things out. As much as I enjoy reading a review from the likes of Rate Your Burn, MizzFit and Classtivity (just to name a few) none are, as far as I know, Pilates instructors. Their opinions are important, valued, honest and often entertaining. But sometimes you wanna hear from a pro. So hold on to your Pilates Nerd t-shirts and see if you agree with my personal picks.

Imagine the cafeteria scene in any teen movie. I’ll break it down into tables. 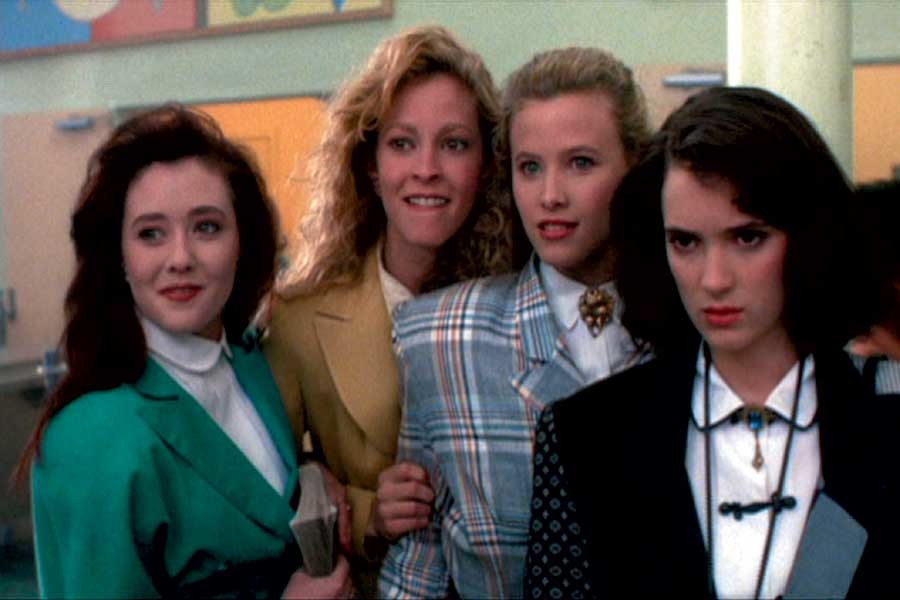 For when you need to do what you’re told. Alycea rightfully assumes everyone knows their stuff and with a wide smile and her signature laugh will speed through some classic choreography and before you know it 45 minutes just flew by. To have her come over and correct my Balance-Control is something everyone should experience. Less is more in this class. Alycea does not need to say much to get you to do exactly what she wants.

The crew of regulars insures a seamless flow to class. Sarah seems to always have a plan and a theme without veering off a traditional sequence. No fancy imagery or flowery language here. Its nice to listen to a lady who knows how to project her voice. Once in a while, she’ll experiment with a new move and will get a kick out of me rolling my eyes. Often class starts with “count out 100 squats and then go into handstand push-ups at the wall”. This 75 minutes class gives Kelly time to work the dancers and civilians out evenly, but never forgetting the Kelly-isms (the Kane School trained instructors such as myself hold dear). Don’t we all need to work on moving our spleen closer to our navicular?

Do not let youth fool you. Benjamin is an inspired teacher. Literally. Its the kind of class that may start with Ron Fletcher breath, lead into Kathy Grant zipper/belt/vest/tape-measure and end with a fantastic quote from Mr. Pilates himself: “Contrology is complete coordination of body, mind, and spirit.” Adhering to the most bio-mechanically sound movement imaginable Matt will never coddle. Not knowing what to expect is half the fun. The other half is going from the Chair to the Reformer, to the Chair, to the Bosu feeling like an athlete training for the Pilates Olympics.

Feel like crashing a party in Brooklyn? Almost all in attendance are Ellie trained instructors, but whatever. Flying Leg Springs or bust. Wanna get called out on not working hard enough? There’s a class for that.

I have never been caught on my cheats so much in my life. You can start sweating walking up a short flight of stairs in anticipation. “Stop using your hyper-mobility!” is a fair thing to yell at me in mixed company. Lesley cares about proper alignment with every fiber of her being.

Take his class/workshop whenever he’s in town.

Based only a few hours away in Boston, Benjamin is in town often spreading his knowledge like Pilates glitter. Spending most of his time with the original archival work he’s the go-to for doing Crab and then talking about Crab and then doing Crab again in the most joyous and inspirational way possible. *** We could argue that “Megareformer” and “Fitformer” classes aren’t really Pilates but rather Pilates inspired. It’s a worth while conversation and so are some of the classes. Think of what feels like an endless amount of Squat/Lunge/Plank/Push-Up variations with cute names set to (sometimes too loud) top 40. If you’re in the mood to feel the burn they are always fun. ***

Jenn has a way of making this Pilates-esque class feel like something more recognizable. As the leader of her pack, Jenn has an airy effortlessness that makes an inner thigh blasting Standing Split Series seem like no big whoop.

Liz is a force of nature and one of the most approachable fitness instructors in town. She might just be pandering to me, but any instructor who makes me demonstrate for the class wins my heart, all the while I’m sweating into my eyes. There is something reasonable to her pacing choice of repetitions. Her empathy in a brutal class structure is what makes her stand out.

Certainly this is just a small section and a personal opinion. Many talented instructors were not included, maybe because they don’t teach group classes or perhaps I just don’t know they exist.

The most important question is; What table would you choose? Anula Maiberg was born in Israel and moved to NYC in 2001 in order to pursue a career in photography. While working on her degree at the School of Visual Arts she fell in love with Pilates through the classes and private sessions she took at Sixth Street Pilates. After college and a few years at a “desk” job she realized happiness wasn’t in front of the computer screen. She decided to attended the Kane School for Core Integration to become fully certified. She is now the co-owner (with Jeremy Laverdure) of Sixth Street Pilates where it all began. Her Pilates journey will never be over as she continues her education with the luminaries of our time such as Cara Reeser and Benjamin Degenhardt.